Laurent Langlais is a Feng Shui Master and Bazi Expert. In this guest post, he shares his opinion about clutter and how it relates to Feng Shui.

I’d like to share my point of view on clutter and to which extent it fits into Feng Shui in its traditional form.

This subject is a bit layered. We modern Feng Shui consultants must account for both the proper, traditional knowledge and the expectations of our modern clients, most of which were exposed to different ideas that are grafted into their conception of Feng Shui.

How I Approach Clutter During Consultations

When I do a Feng Shui consultation, a lot of my clients eventually ask me what they should do with some of the “mess” that they have accumulated into cupboards, closets, spare rooms, etc. My answer is always the same: if that bothers you emotionally, then by all means get rid of as much as possible.

What people store and where they store it says something about their mind, for sure. However the process of analysis and solutions that Feng Shui consultants implement during their consultation is based on classical Feng Shui methods and not about clutter.

In other words, clutter is really a secondary issue and not the most important one.

Feng Shui first originated with Yin Feng Shui, and the first evidence of such practices go as far as Neolithic China.

For the Yang Feng Shui lineages, the oldest that are still unbroken go as far as 2500 years (this is the case of the Han Wu San Yuan lineage that I follow). Yang Feng Shui had been used by laymen to choose the best areas for villages and cities and to select the lands where crops could be grown and harvested. Most notably, it had been used by generations of Chinese emperors to have more power.

As for “clutter,” the word first appeared around 1550 A.D. in the English language. When a word appears, it is to answer the lack of representation of a notion that exists in real-life.

So either way you look at it, the concept of clutter certainly did not exist at the time when Yin and Yang Feng Shui knowledge and lineages were established.

Even when we project this concept of clutter further in time, can you imagine what would have happened to the Emperor’s Feng Shui and metaphysical advisor had he told the Emperor to clear his clutter as soon as possible? “Off with his head” certainly comes to mind for such disrespect…

Is the Concept of ‘Chi Flow’ Related to Clutter?

For the surroundings, the shape of a mountain and its liveliness (patchy, rocky mountains vs. green ones) is, for example, one way to determine if they are auspicious to the nearby dwellings. In these areas, the flow of auspicious Chi must be unobstructed while the flow of challenging Chi must be avoided or deviated for the current period of time.

As you can see, this idea of Chi flow is not connected to the concept of clutter. So now, let’s look at what’s inside of the house.

Traditionally, Chinese like to have an unobstructed open courtyard in their dwellings, a path meandering to access the main door, and a hallway that will guide the Chi to the sides with the use of decorative screens. This layout prevents incoming Qi from rushing to the center. A good example is the The Cheong Fatt Tze or Blue Mansion in Penang. Another rule is to avoid having openings facing each other, such as doors and windows with a bed in between. This rule includes the “coffin position” of the bed, which should be avoided.

Again, these concepts that have to do with the idea of Chi flow are not related to the concept of clutter.

Finally, the concept of cleanliness is important to many cultures, including with the Taoist ideas of Yin/Yang lukewarm water and flowers to refresh one personal Chi during the New Year. However, those ideas don’t really have much to do with clutter.

Clutter’s Effect on Our Lives

Is this to say that clutter has no effect whatsoever on our lives? Of course it does: modern psychology can connect what we do with our living environment and the state of our minds. A “creative mess” can be stimulating for artists, a constant clutter counterproductive.

However, the modern obsession of some Western form of Feng Shui with clutter has more to do with home psychology than having its foundations in the classical texts, in my honest opinion.

The Feng Shui concept of clutter certainly gives the clients something to do that will briefly empower them. But if the corrections in architecture and design are not made to match the person’s energy (through the Kua and furthermore Bazi), clutter or the lack thereof will not have lasting effects.

In short, clutter is an interesting modern add-on to Feng Shui, but it is not a historical core principle of Feng Shui.

To conclude, I would say that my role as a consultant is to design an environment that will sustain my client’s life through metaphysics. If, in addition, I can add home psychology to please their desire for instant changes, I will do it.

I still remain very conscious of the fact that such a modern add-on has no roots in classical Feng Shui. Rather, it is a symptom of the excess of a capitalistic modern society that asks us to consume and accumulate way beyond our needs. Creating a sustainable Feng Shui and living a life according to the flow of your Bazi is the priority over clearing the clutter in classical Feng Shui.

This guest post by Laurent Langlais has been edited by Victor Cheung. Click here to see how you can write for and contribute to Feng Shui Nexus.

Click here to contact Laurent Langlais for questions or to schedule a Feng Shui or Bazi consultation. 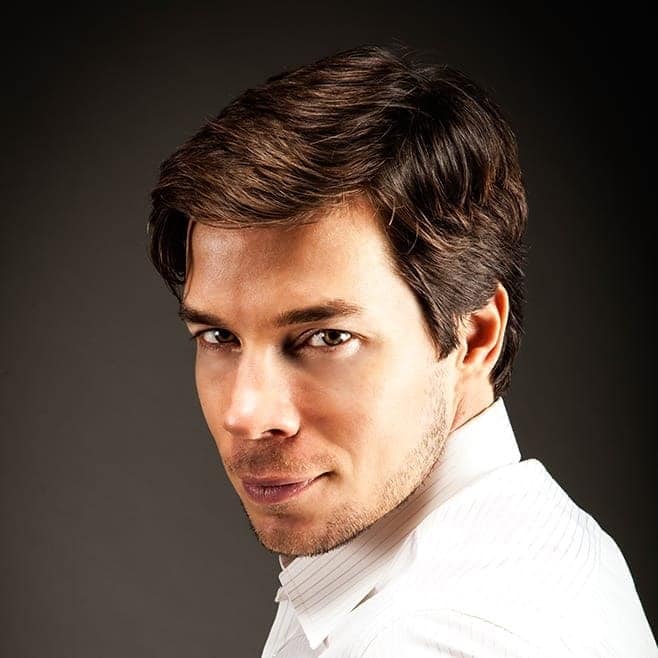 Laurent Langlais is a Feng Shui and Bazi master trained by the Han Wu San Yuan lineage. He consults worldwide for home and business and guide his clients through the analysis of their Four Pillars of destiny. Featured on BBC’s The Why factor, he makes monthly predictions based on the Bazi on his blog www.laurentlanglais.com where you can follow him. Contact him now for your Bazi analysis and to experience a powerful Feng Shui based on your Four Pillars.