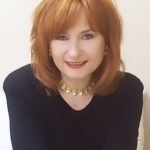 Judith Auora Ryan has developed her innate gifts of psychic insight and extrasensory awareness to a very high level of consciousness. As a child she was recognized as having traits that caused her to be able to read people, events, and future happenings spiritually and accurately. Her grandmother, a gifted clairvoyant, nurtured this rare talent. She believed the greatest legacy she could bestow upon her grandchild would be to help her accept and develop her instinctive gifts, so she could use them to help others.

Judith’s career as a professional astrologer and Feng Shui master has spanned over 25 years and six continents. During this time, she has delivered lectures and seminars to audiences in North and South America, Europe, Australia, the South Sea Islands, and North Africa.

While she began formal training and became a disciple of the world-renowned Feng Shui Master Lin Yun, Grand Master and spiritual leader of the Black Sect Tantric Buddhist School of Feng Shui, many years ago, her studies on Feng Shui extend longer into the past. Judith has traveled to over 45 countries investigating and researching sacred sites and their corresponding ley or dragon lines. On her many trips to Central and South America, she has studied directly with native shamans to learn their cleansing and blessing rituals. She has also received certification from the Qi-Mac International Feng Shui and Geobiology Institute. The first hand experiences she has gained through decades of travel and study have made Judith one of the most sought after advisors in the United States and Western Europe.

Judith’s Feng Shui practice specializes in home, office, and business environments. Many multi-million dollar corporations, risk management firms, doctor’s offices, hospitals, restaurants, law firms, and retailers have commissioned her. Judith is a charismatic public speaker and seminar leader and lectures in the United States and abroad. Her lecture expertise has been engaged by the top world cruise lines to enlighten and entertain their passengers. She is a popular guest on radio and television stations.

She taught at Middlesex College in Edison, NJ courses on Feng Shui and the Tao of Color from 1993 to 2004. Judith wrote an Astrology column for NJ Holistic Magazine from 1993 to 2003. Judith is a member of the Hudson County Chamber of Commerce.